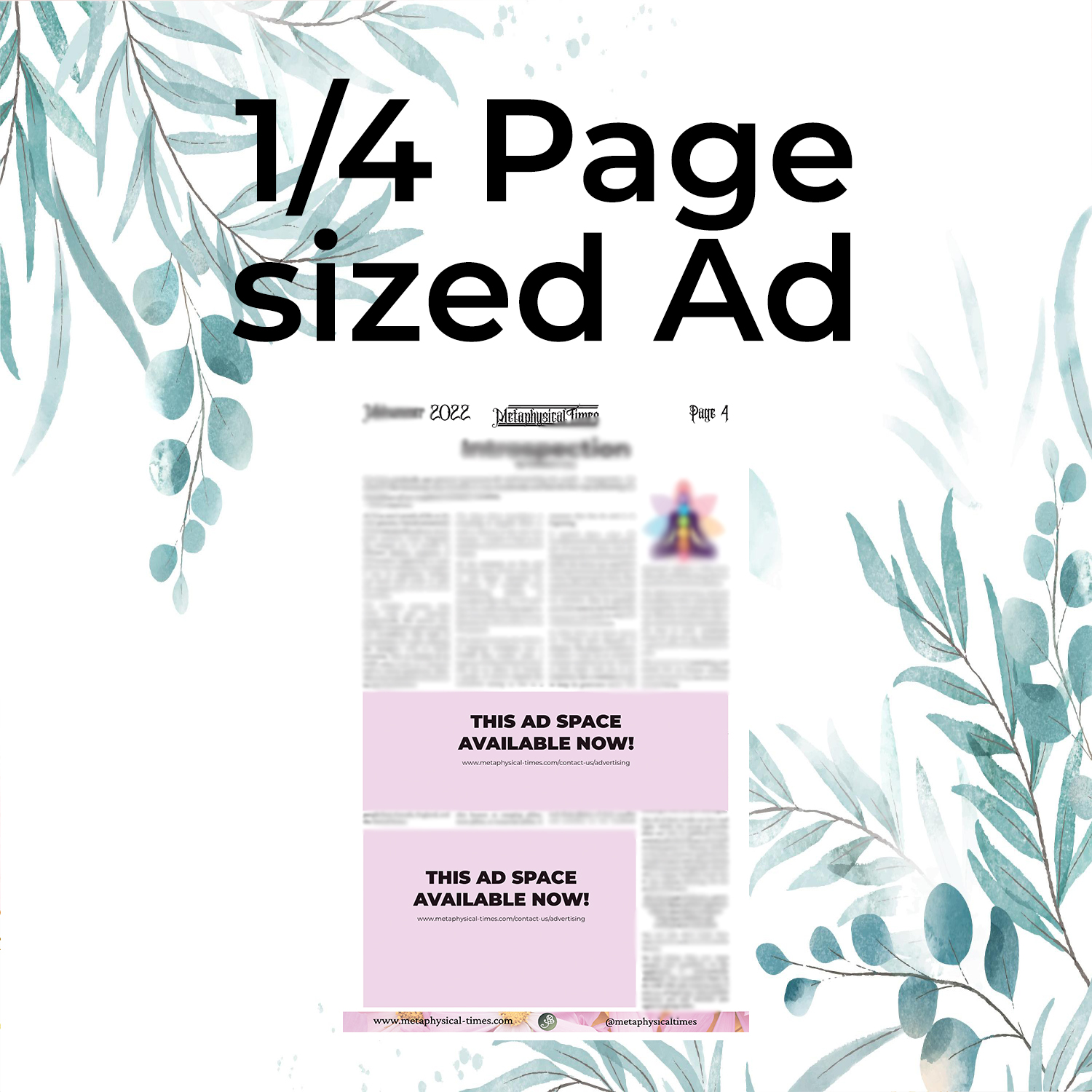 A one-time price of USD $120.00 will be added to your order.
2 Left in Stock
Categories: Advertising Services Newspaper
Manufacturer: Metaphysical Times LLC

Digital 1/4 Page Ad in 8 PDFs per year and on Website Carousel for 52 weeks, paid monthly  View and Click Tracking for ads viewed on MT Website Carousel provided at end of each publication cycle. Plus get a 12 month digital subscription to Metaphysical Times Newspaper (includes monthly newsletter, access to bonus content, and Full Moon monthly ezine), on us! That's an additional $28 value!

6.7" x  4.4"  and 300 dpi. If you are providing your own ad, please provide the image in JPG format. Every ad comes with a free directory listing or classified on our website. Use it for yourself or give it as a gift to a service provider you know that can use the exposure!