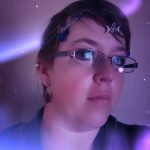 Mabon is considered the Celtic Festival of Mea’n Fo’mhair, where the Green Man is honored. It is the time when libations are plentiful, and many people are reaping the fruits of their labors. Looking around at the farmers market and fruit trees, one can see an abundance. This is when it is proper to give libations. Mabon is also a time for telling stories. John Barleycorn is a tale that comes during the festival of Mabon.

The Barleycorn tale has been sung for numerous years but didn’t become famous until Robert Burns published his version in 1782. John Barleycorn becomes an almost Christlike figure and suffers quite a bit before dying so people can live. The tale goes that John Barleycorn is killed because three kings want him dead. “But the cheerful Spring came kindly on’ and showers began to fall. John Barleycorn got up again and sore surprised them all.” He goes through the growing process becoming strong in the spring, and then by Autumn he begins to wilt and his color pales. The enemies come and cut him down, some cut him by the knee, others beat him, some hang him up to dry, the miller crushes him to dust and uses his blood to make drink. A little morbid is the tale, but in the end, we find, “let us toast John Barleycorn, each man a glass in hand, and may his great posterity ne’er fail in old Scotland!” Barley is used in the making of spirits, hence John becomes a man who is used in food and bread to feed people and is used to create drink which makes people forget their troubles.

The tale brings about a feeling of honor for the vegetation that grows and then is cultivated to make food to survive. It is a time to feel proud of what we have produced in our personal harvests. One might not be a farmer or even cultivate some plant life, but each of us has personal successes worthy of being called “harvest”.

This year’s Mabon falls on September 21. This is right after the full moon. Because it is fairly close to the full moon, many people spread their celebrations over a few days and incorporate their full moon ritual with Mabon. Mabon is the second of the harvest festivals and many people see similarities in the Thanksgiving meals by giving thanks and sharing abundance with the less fortunate.

One of my favorite libations offering for a Mabon ceremony comes from my Celtic Green Witch side. Many people can add what feels the best for them, but this is one that resonates with me. “This day I celebrate the Second Harvest, that of fruits, nuts, and the vines, and I remember those who struggle without. As I accept the gifts I have been given throughout the first of the year, I pass along what I have to those in need.” And adding whatever deities one feels comfortable working with, “I offer aid and comfort to those who needs arise throughout the turning of
the wheel.”

As the Wheel of the Year turns, it continuously calls back to balance. One must find the balance that resonates with you. Personally, for Mabon I like to bake and give bread to the neighbors. Besides baking for them I also make chili with fresh tomatoes from the garden and fresh herbs that I have collected.

In Ireland, people collect dried corn cobs at the doorways or doorposts to celebrate harvest. Others take three stalks of barley or wheat and weave them together to create a design and tie it off with a red ribbon, to give honor to John Barleycorn. The red thread can also be incorporated into creating protection charms out of Hazelnuts.

However you decide to celebrate Mabon this year, one can be proud of how far one has come and the challenges that one has overcome. Find balance and peace and finish out the year strong!

Gardner is currently honing her talents and learning all that she can about the world of paganism/wicca/metaphysics and honing her skills of performance. She does photography, has a master’s degree in Journalism, and loves helping out people in the community. She is currently building her repertoire in the world of tarot.