Magically Changing Your Financial Landscape Starts With You Pt. 1 Changing how you think about money. 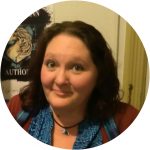 Kicking off 2023 with a new weekly series of articles intended to help you get started magically changing your financial landscape in 2023. Starting with changing how you think about money all the way through what to do with it when you have more of it so you never struggle financially again.

We hear a lot about manifesting abundance, casting money spells, and I’ve seen a whole lot of posts on social media lately that say something along the lines of “Don’t ignore and money will land in your lap in x hours!” and lot’s of people responding with “what have I got to lose?”, liking and sharing the posts.

This tells us a few things.

1) A whole lot of people are in worse financial shape than they want to be as we wrap up 2022 and are hoping desperately for a better 2023.

2) People believe in magic being something closer to wishful thinking (if I click like on this post, then the post will come true) than what it actually is. This is dangerous and leads to # 3.

While we are all for magical practices becoming acceptable in the mainstream, these kinds of posts and ways of thinking lead to people severely misunderstanding how magic actually works, believing things can be done effortlessly and ending up not just disappointed, but broken and angry too. Because money is so closely tied to our survival, justice is not carried out as we think it should be, witch hunts can easily become a mainstream thing again. We don’t want to see that happen.

It’s easy enough to overlook a lack of results from a well intended social media post, but it pushes the idea that getting money out of the blue, with no effort on your part, is possible. You can cast a spell, or meditate, and suddenly your financial problems disappear, is not realistic. There are mechanics behind spells and manifesting things with meditation that you have to do. It isn’t effortless, and it certainly isn’t easy.

You have to change some things in your life to see real change in your financial landscape. Beginning with your thinking about money and how you get money, and ending with what you do with it once you have it. The magic is in how the universe responds to your changed ways of thinking, because that changes the way you behave.

How you think about abundance

How you think about abundance plays a major role in whether or not spells, incantations, meditations, and other magical practices around abundance and money work for you. Just believing that they will is a great start, but there is gap between spiritual and physical things and that has to be understood, accepted, and applied before any magic can happen.

See, money, the paper stuff, is a human construct. People created it, people make the rules for it, people use it in the physical world. If you asked for money from your dog, a fish, a tree, a ghost, or an alien they wouldn’t be able to give you what you ask for. They don’t have it to give because they don’t use it in their worlds.

The universe, spirit, god/goddesses, or whatever you call the spiritual powers that be, have no concept, use for, understanding of, or means to produce money. It understands lack and abundance of spiritual needs, and will shower you with love, peace, happiness, connection, and so much more, but has no concept of money. It can’t give you what it does not have.

Understanding Abundance from a Spiritual Place

The universe understands the things a spirit needs to be whole. Love. Peace. Joy. Fulfillment. Achievement. Connection. A more than adequate amount of those things makes it possible for you to give those things to others. To love them. To bring them peace. To know what makes them joyful and give that to them. To give them space to fulfill their purpose with you. To acknowledge, honor, and celebrate their achievements. To connect with them.

When you pray (general term) for abundance, meditate on abundance, cast spells for abundance, you are requesting and opening yourself up for more of those things, because those are the things the universe understands and can give.

The reality is, people lived for thousands of years without money, and we all personally lived the first 5-6 years of our lives or more without it. All wild animals live without it. Homeless people live ok with very little of it, albeit not at all “comfortably” from the perspective of the rest of us. They survive though. Do we really need it to survive?

If the dollar collapsed (lost all of it’s value) tomorrow, how would we survive? Do you think everyone would die? Do you think everyone would end up homeless? I assure you, we as people, would figure it all out. We would go back to bartering until a new form of currency could be agreed on. It will likely take a very long time to get to that point, but I think we would survive.

We’ve just been taught that it’s necessary to survive. Society has been built over past few thousand years to make it seem necessary. The people around us tell us we have to have it because they have to have it. We’ve come to believe that money has become the only way to get the things we physically need to survive in the physical world, but when we ask for abundance, we mean more money. In truth, we really could survive without it.

Belief breaks our ability to receive

We’ve come to believe that being overly full of love, peace, joy, fulfillment, and achievement comes from having money. This belief breaks our ability to receive the things the universe is able to give, and we end up with lack of both physical and spiritual needs being met.

Our physical world makes it very difficult to change the belief because we physically need money, and a lot of it, just to have a place to live, food to eat, and clothes to wear. We need even more money if we want other things, and to help other people who don’t have enough money to meet their needs.

It doesn’t make the ability to become abundant in money, or for it to happen magically, impossible, but it is going to take some effort and setting things up in advance, for any magic to happen. The phrase you can’t win of you don’t play has a significance when it comes to magic and money.

It might help you to think of money like a houseplant. A houseplant needs a seed or a cutting to grow from, you have to preen it to get it to grow the way you want it to or it will grow how it wants to, and you have to feed it water and sunlight on a regular basis or it won’t survive. The magic is you can’t see it growing. You can’t see all the little actions taking place that make the plant grow, but you can tell that it has grown and by how much.

Money is very similar. It doesn’t appear suddenly out of thin air. You have to get some of it from somewhere and put it in a pot with a good growing medium in order to grow it. You have to put it in the right places so it will grow for you, not someone else. You have to watch it and see where it’s growing and where it isn’t, and adjust. You have to feed some money to it regularly or it wont survive inflation. You don’t see all the little actions that make it grow, but you can tell it has and by how much.

You have to take some action to get money growing. You have to change how you spend money when you have it. By changing the way you think about money, you take little actions and change small things that add up to and manifest in more money down the road.