Sacred Trees from Around the World 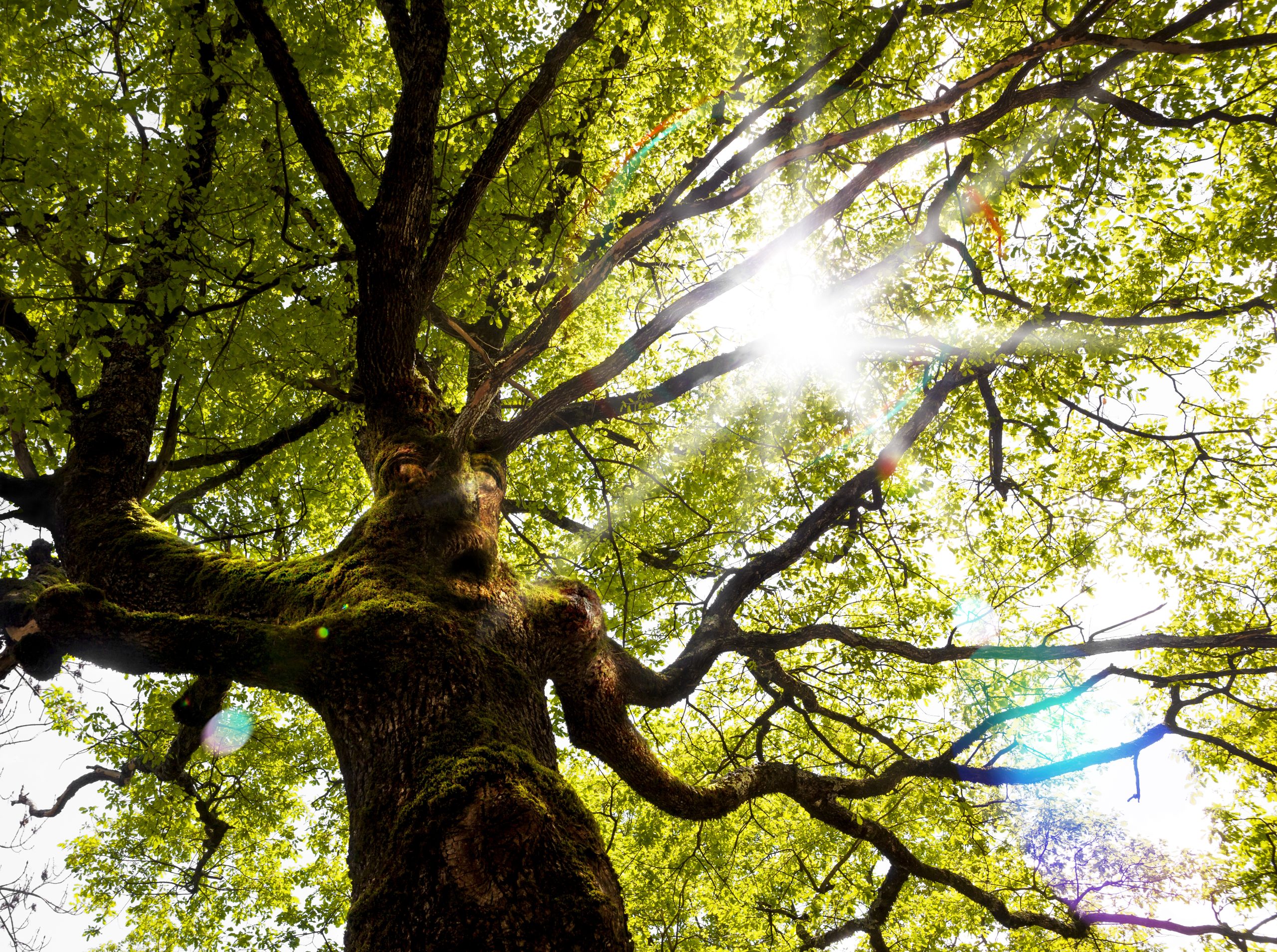 The Banyan Tree – This tree is believed to be the resting place of Krishna in Hinduism.

The Bodhi Tree – This is the tree where Siddhartha Gautama attained enlightenment, afterwards becoming known as the Buddha.

Donar’s Oak – This tree is also known as Thor’s Oak. The tree was felled by Saint Boniface and his retinue to build a church; they wanted it to be on previously sacred ground.

The Tree of Life – This is one of the trees in the Garden of Eden in Christian Mythology.

The Tree of Knowledge (of good and evil) – This is another of the trees in the tales of the Garden of Eden. The eating of the fruit from this tree represents the beginning of the melding of good and evil – before they were separated.

Laeroar – This is a tree that is often associated with Yggdrasil in Norse mythology.

The Sacred Tree of Uppsala – This is a sacred tree that was located at the Temple of Uppsala in Sweden in the 11th Century. The only thing that is really known about the tree is that it was believed to have green leaves all year,

Yggdrasil – This is possibly the most famous of the sacred trees. Yggdrasil is an immense mythical tree that plays a central role in Norse mythology as it connected all of the nine worlds.

Akshayavat – This a sacred tree in Hinduism, where according to mythology the sage Markandeya asked Lord Narayana to show him a piece of divine power. For one moment, he flooded the world, and only Akshayavat could be seen above the water.

Kadamba – This is a tree that is associated with the god Krishna (in Northern India) and Parvati Radha and Krishna (in Southern India). It is believed that they conducted their love play in the shade of the Kadamba tree.

Sidrat-al-Muntaha – This is an enormous tree that marks the end of the seventh heaves, a boundary where no creation can pass. According to Islamic belief, during the Isra and Miraj, Muhammed – the only being who could pass – traveled with the archangel Gabriel to the tree, where the angel stopped walking and beyond this, it is said that God assigned the five daily prayers.

Datun Sahib – This is the name of the tree in the main bazaar at Leh Ladakh in India. Guru Nanak visited the site of this tree around 1516. There is no Gurudwara at the site, but there are the remains of a large Meswak tree.

Cypress of Kashmar – This is a sacred tree to the followers of Zoroastrianism. According to the Iranian Shahnameh, the tree grew from a branch that Zoroaster carried away from Paradise. He planted this branch in honor of King Vishtaspa to Zoroastrianism.

Fiscus Ruminalis – This is a wild Fig tree that had both religious, historical, and legendary significance to the city of Rome. It stood near the small cave known as Lupercal, which according to legend was the cradle of Romulus and Remus, where they were nurtured by a she-wolf and discovered by Faustulus. The tree is sacred to Rumina, a deity associated with birth and childhood.

Houisugi at Nakagawa – This is a 2000 year old Cedar tree that is revered by the Japanese locals because it is said to have prevented a great fire from spreading, and the evidence of this fire can still be seen on the tree.

Ocotea Faetens – This is an evergreen tree that is sacred to the older inhabitants of El Hierro in the Canary Islands. It is sacred because it allowed the Bimbaches to thrive due to it supplying them with suitable amounts of water, a vital source of life.

The Holy Thorn – This is a Hawthorn can be found in Glastonbury, England and is usual because unlike traditional Hawthorns, this one blooms twice a year. It blooms once in the winter around Christmas and again in the Spring around Easter. This tree is known as the Holy Thorn because of the legend of Joseph of Arimathea arriving in England. According to legend, Joseph of Arimathea thrust his staff into the ground of Wearyall Hill, which grew into the original tree. The original tree was destroyed with fire during the English Civil Warm however it was replaced with another tree in the 1950’s. Each year a sprig of the Holy Thorn is sent to the Queen (of England) for her Christmas table.

Zapis – This is a tree in Serbia that is sacred to those who live in its shadow. Crosses were carven into the trunk – it is usually a large Oak. In areas where there was no church, celebrations and festivals were held beneath its branches. The Tree of Immortality – This is a tree of life motif that features in the Quran, which says that it was the only tree in the Garden of Eden – there is no Tree of Knowledge in Islam. The Tree of Immortality would not decay and Allah forbade Adam and Eve for touching the fruits it bore. As in the traditional story of the Garden of Eden, Satan appeared and told Adam and Eve that the only reason Allah told them not to eat the fruit, is because they would become angels.

Want to read current articles? Grab a current copy from the Newsstand or subscribe and get to download all 8 issues and more for a whole year!