The Morrigan – The Phantom Queen 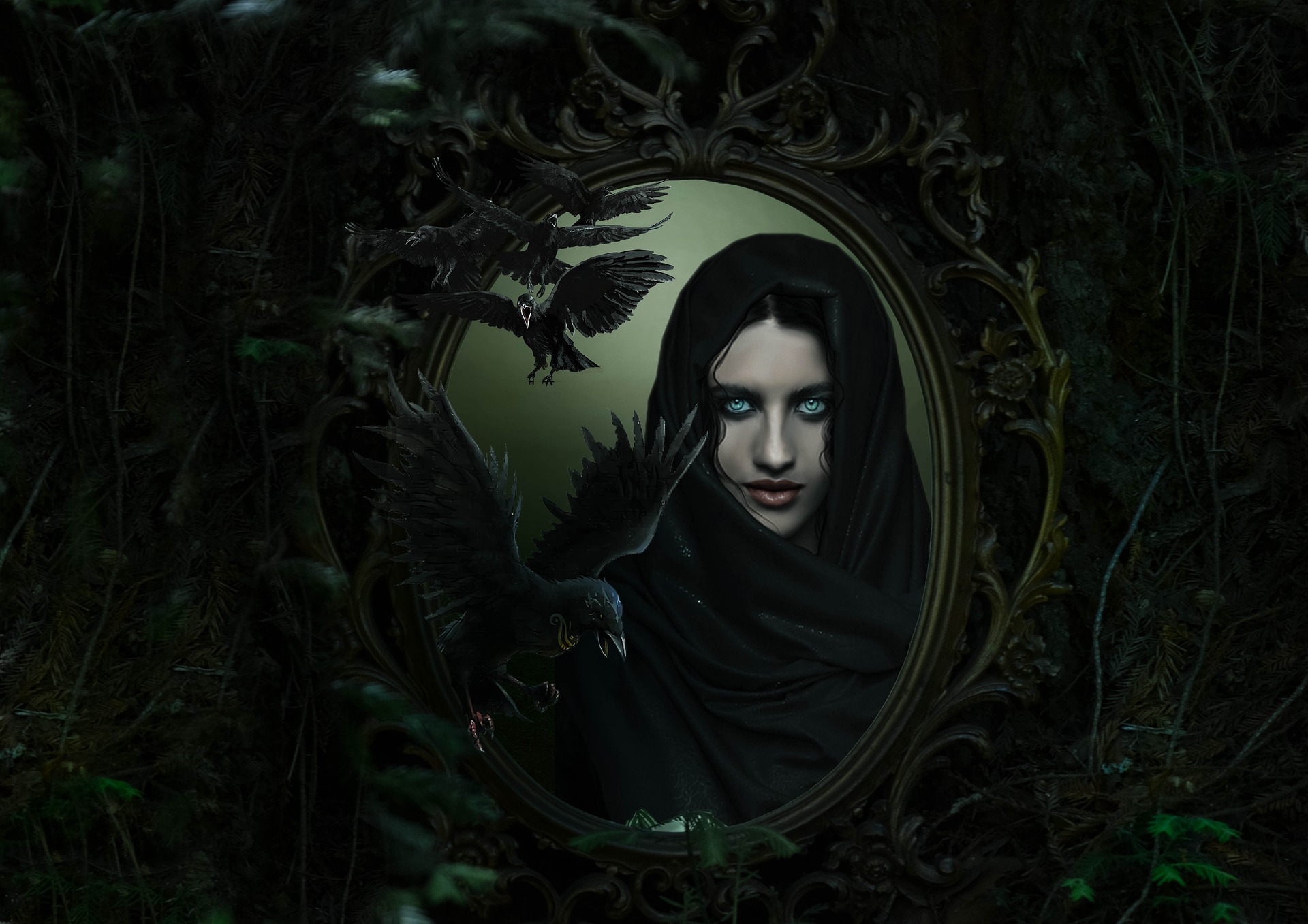 The Morrigan is a being beyond fear, as she has mastered it as a tool and a practice. Her energy is the call of ravens and the howl of a wolf carried on mist through dark woods. She is the promise that fear and death are real and facing them is a requirement, not a request. In the realm of spirits and terror, she walks as a queen.

Her scream is powerful enough to drop warriors to their knees, trembling under the knowledge that the battle is already lost. Her foresight allows her to start preparations for the soon-to-be dead and inform them of their fate. Those who are marked for passage to the next realm spot her washing their armor and know they are fated to meet their end.

It is at the stream where she met her husband the Dagda, a mighty king of the Tuatha De Danann. He bears a staff that could give life with one end and death with the other, a harp that holds power over emotions, and a cauldron that never runs empty. He happened upon her bathing during Samhain and after their initial union, she agreed to assist him in battle. Every Samhain he returns to join her in the stream.

The Morrigan is a triple goddess and can be symbolized by the triple spiral. The name Morrigan itself means “Great Queen” or “Phantom Queen” and she is often portrayed as one or more of the sisters Badb, Macha, Nemain, and Anu. An adept shapeshifter, she frequently appears as a crow or a wolf. These figures can be used to symbolize her presence on an altar.

Those who wish to stitch together the worlds of the living and the dead through mediumship and those who desire to develop the gift of prophecy would do well to invite her favor and ask for her wisdom. Those who wish to stitch worlds together in other ways, such as through writing, would also do well to invite her to share her gifts. She is fiercely protective of those she chooses to guide and she will show them how to protect themselves when exploring new realms. She will also assure that she knows where weakness lives and will rapidly lose patience with those who indulge it.

Connecting with her can be done by placing a drawing or statue on an altar and making an offering of clean water, silver, whiskey, or Dragon’s blood incense; befriending the local crows, choosing to do shadow work, and most of all, by researching and learning about her.

Those who invite her presence and those who are called to work with her should follow through with any promises made, as she does not take rejection well. Missing or ignoring messages given, will ensure the messages become unignorable, and as a high priestess and goddess of terror, she knows how to get someone to pay attention.

The Morrigan is at her core a battle goddess and she calls warriors to her service. Those who hear it would be wise to take heed and begin preparing. Her call is a message to develop and share talents and gifts and step onto the battlefield either to fight, to care for those who fight, or to clean up the aftermath. She does not ask us to be heroes. She asks us to contribute our skills and abilities and prompts us to make spiritual practice a priority. She demands from us persistence in keeping our spirits burning and ourselves ready.

I am an energy healer and Reiki master. My practices include Dream Interpretation, Akashic Record Reading, Tarot, and communication with a variety of entities. These articles are focused on sharing the lessons learned and empowering others to recognize and connect with these energies as they choose. I can be contacted via email at [email protected]; phone at 208.390.3069, and Facebook at facebook.com/laweliz.